Usually, but not always, it’s a Filipina retiring to the Philippines. Depending on her educational or social background, she would have been living in North America, Europe, or the The Middle East.

What is it that prompts emigrants to leave their country and change their lives so dramatically? That was easier to explain in the past than in this month of September 2020. Until recently, it was usually for economic or political reasons, or to gain professional experience while working abroad.

When a Filipino leaves their country, their heart usually remains in the Philippines. Regardless of how successful they become, that’s typically how they feel. During all those years abroad, they never really stop being Filipinos. They still remain emotionally attached to the mother country. That’s partly why they actively mix socially with other Filipinos and shop where possible in stores or shops that cater to Filipinos. When they can afford to finally return home, they are usually more than happy to do so.

Their parents have grown old, some have already passed on, while elder relatives have also aged. Her childhood and college friends are hoping to spend time with her and share their life experiences. Thoughts start to take hold that retiring to the The Philippines might be an extremely attractive option.

The foreign man will already be familiar with her family. They probably had visited several times over their married life. He knows her family, and is welcomed heartily in typical Filipino fashion.

His experience is also different from previous generations. He can easily fly back to his country for a short of long vacation with no difficulty. And, if he wants familiarity, there are many ex-pats already living in the Philippines, especially in Dumaguete. Furthermore, he often finds the calm way of living here a welcome, relaxing contrast from a lifetime of rushing around and being involved in the hectic work schedule Western life demands.

For many reasons, it’s completely rational for Filipinas and their foreign partners to consider retiring to the Philippines.

It would seem easier for the Filipina since she already has her immediate and extended family to interact with. There will have been few days when she did not think if only for a few minutes about her family back home. Babies who she saw before she left the country are now grown men and women perhaps now with families of their own. In typical Filipina fashion, she may have provided educational funds for some of these now-grown children and helped positively change their lives in the process.

Those are some of the important reasons why more Filipinos than ever are seriously considering moving back to the Philippines to live the remainder of their lives. Dumaguete in particular is one of the most popular retirement destinations. There are objective reasons why Forbes magazine chose Dumaguete as one of the best retirement destinations in the world to retire.

A similar rationale convinced the Philippine Retirement Authority (PTA) to confirm Dumaguete as the best place in the entire archipelago in which to retire.

But sadly, a new factor has recently arisen that is now being seriously factored into the decision-making process. Social and political unrest, mainly in America but also in some European countries, has created an impetus that’s changing the entire landscape. There is fear in America that an orderly transition of power may not happen if the current president is defeated. Extreme elements from both sides of the political spectrum have made it clear they will not accept an outcome unacceptable to their position. The implications for America and indeed for Canada, and the rest of our world, are uncomfortable to contemplate. Retiring to The Philippines takes on a whole new urgency

Partly because of those concerns, but also for many positive reasons, all the statistics show an increasing interest in couples where one partner was born in the Philippines, deciding to come back and retiring to The Philippines and live their remaining years basking in the comfort of what the Dumaguete lifestyle offers. And why would they not?

If you are considering retiring to The Philippines, feel free to contact one of our Ambassadors 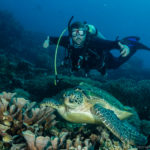 The Beauty of Dumaguete An Underwater Paradise Awaits 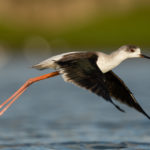 The Beauty of Dumaguete and Surrounding Negros Oriental - Birds 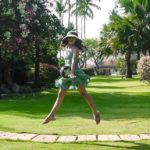 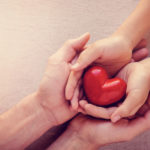