When discussions about retirement happen, its usually the beginning of a long and arduous process. There is much to consider, so many factors that require careful evaluation. After all, with people from the Western world living nowadays into their eighties and beyond, the retirement decisions made by retirees could impact them for another twenty-five years or more.

There has been a considerable change in peoples retirement views, especially in North America, about where and how to live their retirement years. While most remain in areas where they presently live, a large number are more adventurous than in the past. They seek new experiences, better climates, lower costs of living, and often, a reconnection with their cultural heritage.

A trend has emerged in recent years for Filipinos married abroad to foreigners whereby they return home to the Philippines with their spouses to enjoy their retirement years. Husbands are usually from Canada, the U.S.A., or a European country. Couples will, no doubt, have visited the wife’s family in the Philippines several times in the past. Their wedding may have taken place there. A close connection may already exist between the foreigner and his wife’s family.

There are many upsides for the couple deciding to live their retirement in the Philippines.

Depending on where they live in North America, the climate can be severely cold in winter, and horridly hot in summer. That can be uncomfortable in the near term while having a debilitating impact on seniors as they grow older. In contrast, the tropical climate is warm and comforting.

The following need not necessarily be a disadvantage, but non-Filipino citizens should be aware of them. Foreigners are generally not allowed to be sole owners of property in the Philippines. The exception is a condominium, but not the land it’s built on. There are “advisers” who will promote allegedly, cleaver ways to overcome those legal obstacles. They are not worthy of discussion here, just bear in mind to always exercise due diligence and act within both the spirit, and letter of the law. The only legal way to somewhat deal with the non-ownership issue, is to have a house on land that could be leased from a Filipino for fifty years with the possibility of renewable option written into the contract. Besides, the Filipino wife can always buy the property. At that stage of life, the husband should be sufficiently secure in the relationship not to be concerned about which of them owns the property.

Foreigners from most countries can arrange to have their retirement checks wired directly into bank accounts here in the Philippines. The highly attractive exchange rate makes the value and purchasing power of foreign money even stronger in the Philippines.

Making a change to experience new lives is attractive to retiring couples. Adding to that is the joy a Filipino wife experiences when returning to her homeland. Filipinos are fiercely loyal and loving of their mother country. They usually don’t leave the Philippines because they want to, but because they need to. Retiring to their roots, reconnecting with old friends and the always large, Filipino extended family, creates sufficient reason in itself for them to return home.

It’s also an interesting experience for her foreign husband. He doesn’t have the language barrier issue, and is always warmly welcomed by his wife’s family and friends. He’s also got many ex-pats to connect with if he wants to. He has many options to enjoy either a quiet life in the tropics or engage in the extensive number of outdoor activities available to him.

It’s also joyful for the parents to enable their children, and grandchildren to visit and experience one side of their heritage. Although they would have visited the Philippines during occasional summer vacations, it’s an entirely different and more rewarding dynamic for them to visit when their parents are living here fulltime.

For all the reasons previously mentioned, it’s clear why many Filipino women and their foreign husbands decide on rewarding themselves with a retirement in the Philippines. And rightly so! 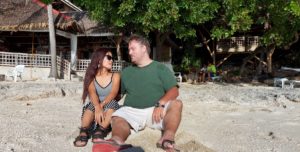 Vincent and Melinda – 2 People Who Found Love in The Philippines

VINCENT and MELINDA A great story of people who have found love in The Philippines. [...] 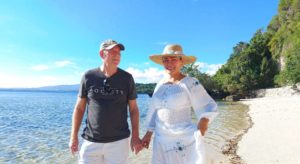 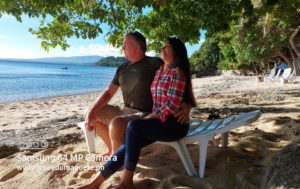 LARRY and BELINDA A Foreigner/Filipina Couple Larry is an American who was born and raised [...]

Filipinos with Foreigner Partner “HOW SWEET IT IS!” There have always been significant numbers of [...] 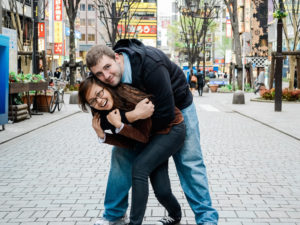 Filipinos Retiring to The Philippines with a Foreign Partner Usually, but not always, it’s a [...] 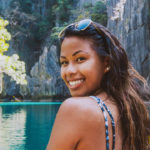 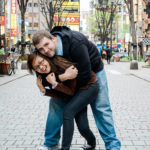 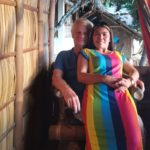 Michael and Vie - A Successful Expat and Filipina relationship 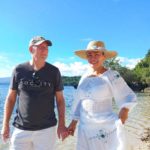 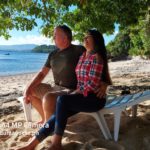