US VETS - Retire Dumaguete and Siquijor Skip to content

Dumaguete has traditionally been a retirement destination for members of the armed forces, especially those who have served in the Philippines.

Many have become comfortable living in the Philippine culture and have Philippine wives and families from those marriages. Because of the comfort they feel living here and the tight Filipino family structure, and not wanting up disturb their children’s’ way of life, these veterans often decide to remain living in the Philippines.
Other reasons are more pragmatic. The economic reality of returning with a family to America and live on a veteran’s pension is difficult, if not impossible. It’s challenging to live with dignity in America on the monthly income received. For example, after twenty years, an enlisted member of the armed forces could receive, assuming a E-seven pay level, a monthly pension of US $2,400 . An officer retiring after twenty years on level O-5, would fare significantly better. He or she could receive $4,700 monthly. Depending on where they live, officers could probably live comfortably in America.

Despite occasional criticism, the medical programs offered by the Veterans Administration in America is good overall. Many of the doctors and nurses had previously served in the armed forces and are sympathetic to veterans especially in the area of Post Traumatic Stress (PTS) If PTS is an issue for a veteran, it makes sense, at least from the mental health perspective, to remain in America. But then he is faced with disturbing financial issues that add to his stress level. And, in Dumaguete, veterans have the comfort level of knowing they have access to good quality medical care at a fraction of what they would have to pay in America.
Some veterans have returned to America but subsequently found it difficult to find decent and ongoing employment. They also have found society there has changed in the past decade, and they have difficulties fitting back in. The current C9 situation has added to their challenges, and made living in America all the more problematic. Many veterans have returned to live in the Philippines, often near Clark Air base, Sibuc Bay, Manila or Dumaguete.

Friction between the American and Philippine governments rarely impact veterans here. In typical Filipino fashion, they embrace everybody who behaves well regardless of their nationally or disputes between the relevant governments.
The drug war initiated by the current Philippine administration could have posed challenges for veterans especially those living in the Manila area, but fortunately veterans living there report that situation has not had any measurable impact on them.

While there always has been a veteran presence in the Dumaguete area, there has been a noticeable increase over the past few years. Based on those patterns, it seems the numbers of veterans coming here to retire will, if anything, increase.
There seems to be several reasons why this is happening. Veterans find comfort in the veteran community already living here. There are also many, non military, Americans they can relate to and, in the process, broaden their experiences with fellow Americans.

Another important element that’s attracting veterans to Dumaguete is their ability to continue their education at no charge when attending Silliman University. This educational institution has been educating Filipinos and foreigners for over a century. It is considered one of the best universities in the Philippines.

Another attraction is the vibrancy in Dumaguete because of so many universities and colleges forming an integral part of society. This sense of liveliness isn’t available elsewhere. Nor is the relaxed, laid back environment. Its so different from the hustle and bustle of Manila and other large cities. If also has many outdoor activities including scuba diving which is among the best in the entire Philippines.
And, of course, Dumaguete has perhaps our greatest asset. That’s, of course, the wonderfully receptive people who welcome foreigners as if they are family returning home. 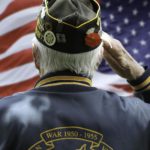 Dumaguete has traditionally been a retirement destination for members of the armed forces, especially those [...]

You may have already be aware of statements from Forbes magazine, the Live and Invest [...]