Traditionally, there has been a movement of Filipinos out of the country to work abroad. It has been driven by economic necessity and, during the Marcos presidency, often for political reasons.

OFWs (Overseas Filipino Workers) are critical to the economic well-being of the Philippines, and also very important as a source of revenue for their families. It’s sad to say that people are considered to be the most important export of the Philippines because of the high level of foreign currency they send back home. Money sent from abroad is done through the international banking system, and is automatically factored into the country’s balance of payments. This has a significantly positive impact on the Philippine financial system.

The OFW concept was codified into Philippine law during the Marcos administration when the need for foreign currency became evident. It also served as a social stabilizer by having many people leave the country who had no employment or who may have been critical of the Marcos government.

The impact of remittances coming from abroad also has a highly positive impact on the Filipino way of life. It helps higher the standard of living for many Filipinos and increases the drive towards strengthening the emerging middle class. Without these remittances, no home improvements would be made, no furthering of education would happen, and no placing money into investments.

There is no way to accurately evaluate the personal cost to Filipinos working abroad. They sacrifice themselves by not being present in their children’s lives, and work hard, often in unsafe conditions, in order to provide for their families. They are truly heroic people.

But many of them, after many years of hard work abroad, manage to save enough to return to the Philippines and retire in comfort. They no longer want the hustle and bustle of the big city, its pollution and unnecessarily high cost of living. Partly because of that, many come to Dumaguete to enjoy the benefits and attractions other retirees enjoy here.

Another impact of martial law back in the seventies in the Philippines was the exodus of many of the professional classes. They were primarily doctors, nurses, engineers and business owners. They went primarily, but not exclusively, to America and Canada where they already had family or connections. The remainder went to Europe and, to a lesser extent, to Middle Eastern countries.

This group has now collectively either retired, or are about to retire. Some have become very Westernized and will live out their lives in whichever country they emigrated to. But a significant number are planning to return home to the Philippines.

Those important endorsements have solidified Dumaguete as not only the premiere retirement destination in the Philippines, but also one of the best in Asia. That’s also partially why so many of the professional class and Overseas Foreign Workers have now retired in Dumaguete and will continue, in greater numbers, to do so in the future. 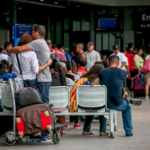 Traditionally, there has been a movement of Filipinos out of the country to work [...] 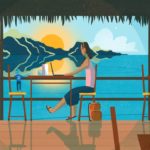 One of the biggest exports of The Philippines is OFWs,  and there are few countries [...]