Like much of life in the Philippines, inherent contractions abound when it comes to the lives of same sex couples. Because the Philippines is such a staunchly Catholic country after its colonization by Spain, it’s extremely difficult to presently enact legislation that would allow for same sex marriages to be legalized. The struggle of people of same sex in relationships is complicated and convoluted. The LGBTQI community has a long tradition in the Philippines prior to its colonization by Spain. Before then, genderfluid babaylans were revered as spiritual figures. But they were exterminated after the catholic Spanish colonized the country. They were considered by the victors as unclean for their Catholic mores. Interestingly, same sex acts have never been legislated as illegal in the Philippines.

A dramatic change happened in the gay community in the Philippines during the 1960s. A gay culture rapidly emerged but, back then, it was primarily among affluent, gay men and was a westernized version of gayness. That has now evolved into the mainstream as a way of life that is generally accepted by the people, while not written into law by the politicians.

There are marriage ceremonies of same sex couples regularly performed by protestant clerics, but they are not legally recognized. The current administration under R. Duterte says although he is in favor of the passage of a law that will allow same sex union, but he is against same sex marriage. That law being considered would allow civil union, and would also grant legal status to same-sex couples, and give them the same rights as married couples when it comes to inheritance and medical decisions for their spouse. But, because of the opposition of the catholic church to any easing of their control, don’t expect that law to be passed any time soon.

But there are positive changes happening in the Philippines. While there is a strong Catholic influence that encourages intolerance of gays and others of non-transitional lifestyles, it seems to an outsider looking in on the Philippines, that a high tolerance and acceptance exists in the general community toward gays and others with sexual leanings different from the traditional norm. But it’s important not to disregard, or make light, of the intentional murders last year in the Philippines of twenty-six transgenders.

In Dumaguete, it’s not uncommon to see same sex couples wandering around holding hands while nobody cares, or considers it as unusual behavior. And regardless of religious dogma, families who have gays in their family are completely loving to their child or adult gay. Every extended family has at least one gay. They accept and love them as much as all their other siblings or family. And why would they not?

The essence of the Filipino is goodness of heart, capability of immense love, an instinctual desire not to judge or contemn. That spirit, and the passage of time, argues well for the day when same sex couples will be found equal on society and protected under the law.

If staunchly Roman Catholic countries like Belgium, Spain, who colonized the Philippines, and even Ireland, have enacted divorce laws, same sex marriage and equality laws, then it’s probable in the future the Philippines will also do it. Meanwhile, the general public’s acceptance of same sex couples continues to grow. They don’t need legislation to know what’s correct behavior. 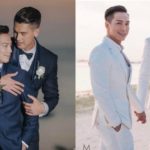 Like much of life in the Philippines, inherent contractions abound when it comes to the [...] 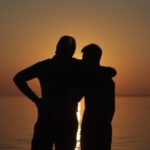 Same Sex Relationship in Dumaguete John and Marty have been in a same sex relationship [...]

How Does Dumaguete Treat it’s LGBTQ Community? It’s a sad condemnation of our evolution when [...]